Barrett Brown To Be Released!

I, Barrett Brown, Have Returned 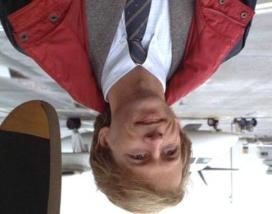 Barrett Brown is an imprisoned US journalist and the founder of Project PM, a crowd-sourced investigation into the cyber-industrial complex. He was described as an unofficial spokesperson for Anonymous before he renounced his ties to the collective in 2011. He’s written two books, in addition to several articles about politics and journalism in the digital age. In 2012, the FBI raided his house, and later that year Barrett was indicted in 12 federal charges relating to the 2011 Stratfor hack. The most controversial charge, linking to the hacked data, was dropped, but in 2015 Brown was still sentenced to 63 months in prison. Reporters Without Borders cited Barrett’s prosecution among its reasons for the United States dropping 14 spots on its press freedom rankings in 2014.

Barrett continues to write a column from jail for The Intercept, for which he has won a National Magazine Award and a New York Press Club journalism award.

On 16 July 2015, the Courage Foundation announced that Barrett is the organization’s fifth beneficiary. Courage relaunched Brown’s site with a new overview of Barrett’s case and Project PM’s work, in addition to compilations of Barrett’s journalism, books, legal documents and media appearances.

In addition to legal and commissary fees, Barrett was ordered to pay $890,250 in fines and restitution as part of his sentence. Barrett urgently needs your support.

Barrett is scheduled for release from prison to a halfway house on 29 November 2016.

Journalist Barrett Brown Is Out of Jail — and Has Big Plans

DOJ Subpoenaed The Intercept For Records On Him

They just won’t let up

If only all of Rome had just one neck
.
.
Something GOOD finally happen today!
welcome home d00d! 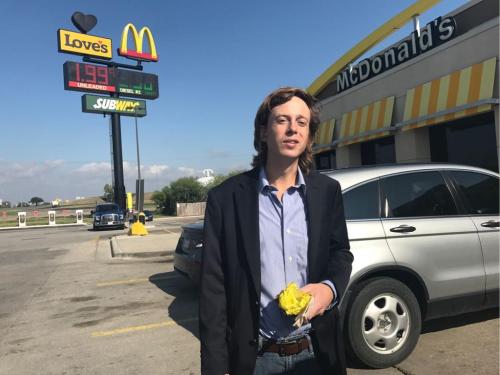 Barrett Brown: I’ll leave ‘moral vacuum’ of US after probation

.
.
I was thinking I might change the title of this post to “Just How fucked Are We?” 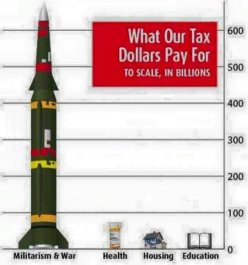 “A war profiteer is any person or organization that profits from warfare or by selling weapons and other goods to parties at war.”

“I don’t want to see a single war millionaire created in the United States as a result of this world disaster.” President Franklin D. Roosevelt, May 22, 1940.

I purpose a Bill by Congress and ask for a Presidential Executive Order that until the War On Terror is over no US company or US citizen profit a single penny from the weapons used in these wars. That any US citizen or US company that does so will be tried for treason. That any country selling weapons to the US, to a terrorist or terrorist nation for profit will be in turn regarded as a terrorist or a terrorist nation suffering immediate sanctions and becoming an enemy of the United States or America.

Further, I ask every individual, company and organization to make it a priority, to pressure every presidential candidate to declare that they will put an end to the profiteering from the sales of weapons; particularly WMDs, until they and Congress finally end the War On Terror.

It is my contention that these wars will never come to a close as long as there are profits to be made. I believe the last 14 years have proven this to be true.

To profit off of war is not only immoral it is one of the greatest evils any civilized nation can put upon its people and the world.  Until such actions are in place anything that is good and civilized will be lost.

“If any State in the Union will declare that it prefers separation with the first alternative, to a continuance in union without it, I have no hesitation in saying, ‘let us separate’. I would rather the States should withdraw, which are for unlimited commerce and war, and confederate with those alone which are for peace and agriculture.” -Thomas Jefferson

The Man Who Exposed The NSA

Daniel Ellsberg “I Think They Have Everything And That Is The Recipe For A TYRANNY In This Country!”

Why Hong Kong?
.
.
ATD perspective
.
Hong Kong Seen as Likely to Extradite Leaker if U.S. Asks
.
.
MSM spinspinspins
.
.
Edward Snowden’s Motivation: Internet Freedom
.
.
Neocon nutjob
.
.
The NSA Black Hole: 5 Basic Things We Still Don’t Know About the Agency’s Snooping
.
.
Edward Snowden: saving us from the United Stasi of America
.
.
The TRUTH About Whistleblowers Edward Snowden And Bradley Manning – MOC #241
.
.
Glenn Greenwald on How NSA Leaker Edward Snowden Helped Expose a “Massive Surveillance Apparatus”
.
.
NYT
.
.
Former CIA Analyst: Snowden Did The Right Thing
.
.
I Am Worried. You Should Be Too.
.
.
Proof That American Voters Are Hypocrites Whose Views Flip-Flop When Their Party Is In The White House

.
.
Glenn Greenwald drives over brainwashed Stockholm Syndrome drugged induced Mika Brzezinski then backs the car up and gets the job done – TRUTH WINS!

He told you so: Bill Binney talks NSA leaks
.
.
NSA revelations only ‘the tip of the iceberg,’ says Dem lawmaker
.
.

Leaks Are Vital For Democracy and the NSA Revelations Are the Quintessential Example Why
.
.
The Snowden Principle

.
Obama at dinner with his CEO friends 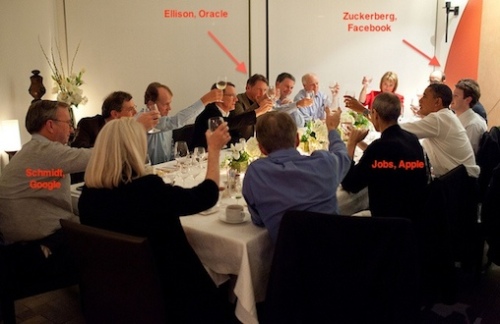 “People of the same trade seldom meet together, even for merriment and diversion, but the conversation ends in a conspiracy against the public, or in some contrivance to raise prices.” – Adam Smith, Father of Modern Economics

“You never change things by fighting the existing reality. To change something, build a new model that makes the existing model obsolete.” ― R Buckminster Fuller

I don’t know who these people are or if they are real – here’s a google serach on US militias found Colorado militia not sure this is the group. Another was this U.S. National Militia Directory and on the wiki

I don’t condone this and also have a hard time believing anyone would be this stupid to broadcast their ill intentions over You Tube. But whether you believe Tim McVeigh acted alone or not tensions in the US are high, people are angry about many thing in the nation, so watch and take warning around government buildings just in case.

Which loved will suffer and die before you get mad?
Would you profit off the pain, suffering and death of another?
How long will it take before you act?

sign up – spread!
sick for profit
this is not only immoral it’s nothing short of terrorism

The $13 Trillion could be given to every American and used to pay off every mortgage and credit card debt in the US and we’d still have money left over, but it’s being given to the banks.

March 31 (Bloomberg)
“The U.S. government and the Federal Reserve have spent, lent or committed $12.8 trillion…”

“New pledges from the Fed, the Treasury Department and the Federal Deposit Insurance Corp. include $1 trillion for the Public-Private Investment Program, designed to help investors buy distressed loans and other assets from U.S. banks. The money works out to $42,105 for every man, woman and child in the U.S. and 14 times the $899.8 billion of currency in circulation.”

Instead you’re allowing your government to give your money and country’s wealth to the people who created the mess, the banks.

This is a what a financial coup looks like.
President Barack Obama and Treasury Secretary Timothy Geithner met with the chief executives of the nation’s 12 biggest banks on March 27 at the White House to enlist their support to thaw a 20-month freeze in bank lending.

“The president and Treasury Secretary Geithner have said they will do what it takes,” Goldman Sachs Group Inc. Chief Executive Officer Lloyd Blankfein said after the meeting. “If it is enough, that will be great. If it is not enough, they will have to do more.”

Commitments include a $500 billion line of credit to the FDIC from the government’s coffers that will enable the agency to guarantee as much as $2 trillion worth of debt for participants in the Term Asset-Backed Lending Facility and the Public-Private Investment Program. FDIC Chairman Sheila Bair warned that the insurance fund to protect customer deposits at U.S. banks could dry up because of bank failures.

‘Within an Eyelash’
The combined commitment has increased by 73 percent since November, when Bloomberg first estimated the funding, loans and guarantees at $7.4 trillion.

“The comparison to GDP serves the useful purpose of underscoring how extraordinary the efforts have been to stabilize the credit markets,” said Dana Johnson, chief economist for Comerica Bank in Dallas.

“Everything the Fed, the FDIC and the Treasury do doesn’t always work out right but back in October we came within an eyelash of having a truly horrible collapse of our financial system, said Johnson, a former Fed senior economist. “They used their creativity to help the worst-case scenario from unfolding and I’m awfully glad they did it.”

Federal Reserve officials project the economy will keep shrinking until at least mid-year, which would mark the longest U.S. recession since the Great Depression.

The following table details how the Fed and the government have committed the money on behalf of American taxpayers over the past 20 months, according to data compiled by Bloomberg.